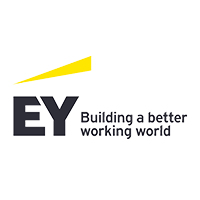 About Joe Huddleston
Joe Huddleston is a managing director in the firm’s National Tax Department serving the Indirect, State and Local Tax practice. He currently advises both national and multinational firms on planning and controversy issues. Prior to joining EY, Joe served for ten years as Executive Director of the Multistate Tax Commission. In 2011 he was named by Tax Analysts as one of the top 10 individuals who influence state tax policy and practice, and in 2012 he received the 11th annual award for Outstanding Achievement in State and Local Taxation from New York University. In 2015 he received from Bloomberg BNA the Franklin C. Latcham award for Distinguished Service in State and Local Taxation. In 2016 he received the Wade Anderson Medal for Leadership in Interstate Tax Cooperation.

Additionally, Joe has also served as Commissioner of the Tennessee Department of Revenue from 1987 to 1995. He served on the State Board of Equalization for six years and presiding officer for three years. During his tenure as Commissioner, he was president of both the Federation of Tax Administrators and the Southeast Association of Tax Administrators. Immediately after leaving the Tennessee Department of Revenue, Joe became chief financial officer for the Metropolitan Government of Nashville and Davidson County. In that position, he was responsible for all of the city’s financial affairs, including more than $1.5 billion in annual expenditures.

He is a founding trustee of both the Paul Hartman Tax Forum at Vanderbilt University Law School in Nashville, Tennessee, and the New England State and Local Tax Forum in Boston. He has also served on the Advisory Boards at NYU and Georgetown Law. Joe is an internationally recognized speaker on issues of State Taxation.
A graduate of the University of South Carolina with a BA in Political Science, Joe received his J.D. from the Nashville School of Law in 1982 and was awarded his Doctor of Laws by the University of South Carolina in 2009. He was named to USC’s Board of Visitors in 2017.