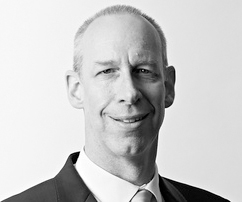 Prior to joining Mazars, David spent a number of years at the South African Revenue Service in the Tax Avoidance and Reportable Arrangement unit.

David’s primary role in the South African Revenue Service was the identification and investigation of tax avoidance structures. David was also responsible for reviewing the reportable arrangement regime and for drafting and publishing new arrangements under public notice.

In this role, David liaised extensively with SARS Legal Counsel: Legislative Research & Development and the Tax Policy division of National Treasury in respect of the design, drafting and interpretation of tax law

In addition to his primary responsibilities David was involved in a number of other areas, including:

 Acting as Special Advisor to the General Anti-avoidance Rule
(GAAR) Committee to which all GAAR assessments must be
presented before being issued;

 Capacity building in other African Revenue Authorities in
conjunction with the European Union and the African Tax
Authority Forum, including reviewing policy, and training in audit
and transfer pricing;

 Delegate representing South Africa at the Organisation for
Economic Co-operation and Development (OECD) on Working
Party 11 of the Base Erosion and Profit Shifting (BEPS) project,
focusing on Interest deductions, Hybrids, Mandatory Disclosure
and Controlled Foreign Companies.